Is literally moving forward in the direction of your desire, despite difficulty or opposition.

Sometimes that opposition comes from within. Can you relate to that? That little voice inside that says “See, you weren’t meant to be that thing, or have that adventure!” But we rail against it and keep telling ourselves that it’s what we want. The desire is so strong that it drives our tenacity and we keep going, we remain persistent.

My first public performance as an undergraduate at Melbourne University was a shared ‘Lunch Time Concert’ with my friend and fellow student Angus Wood. He had prepared a set of Art Songs to sing and I joined him in the second half of the programme where we sang a number of duets together. The doors opened at the rear of Melba Hall and I charged to the front of the stage. I was terrified. I soon became painfully aware that I was standing there alone. I looked back and watched Angus as he strolled confidently and calmly to my side.

The performance went well. My momentary embarrassment dissipated as the joy of the music distracted my fear. Or did it? Later my friends, who had attended the concert, informed me that throughout one duet in particular I had nervously twiddled with the skirt of my dress. Apparently I had managed to pull it way above my knee and the audience had seen a good deal of my upper thigh! That part didn’t worry me. What caused me concern was the fact that I hadn’t consciously been aware of what I had been doing. I had been so hijacked by my terror that my body was acting independently of my thinking. What had I been afraid of exactly? Making a mistake, humiliation, judgement? Looking back now I have to ask myself why I was so scared. I had been so well prepared and if I had made a mistake I would not have lost an arm or a leg, and yet the fear was real.

Despite the fear, I persisted

I enrolled in every Friday Master Class to sing and be critiqued by my fellow students and the then Dean of Music, Ronald Farren-Price. I just had to conquer my fear. My feelings of inadequacy.

I wish I knew then what I know now. If only I had examined my thinking. I had some pretty serious negative self talk going on. I felt like some imposter. ‘What was I doing at The Conservatorium of Music? I wasn’t good enough. What if someone finds out and kicks me out?’

These terrible thoughts and feelings accompanied me right through to my late 20’s. My wakeup call came when I entered a prestigious singing competition and to my shock and amazement made it to the final. I was in the running for a fabulous travel scholarship and $30,000 AUD. I had only dreamt of reaching the final and my thoughts had not developed beyond that!! So when the panel of distinguished judges interviewed me and asked what plans I had for the scholarship, where I would travel to, who I would study with, I had no idea! In fact, I was so shocked that they had chosen me that I just sat there thanking them profusely for allowing me to be a finalist! Huge wake-up call. How huge was my lack of belief? How narrow was my vision? I clearly didn’t win the competition but I did start to question my belief in myself. I started reading personal development books about the mind and started changing the way I spoke inwardly to myself and even outwardly. At first this made me very uncomfortable. I had been brought up in a family that shunned self praise. To be seen as boasting or bragging was quickly and swiftly dealt with. Things like ‘don’t you get a swollen head’ or ‘you’re so up yourself!’ But I took it the other way and became very self critical and self depreciating. I would put myself down at every possible opportunity.

I entered that same competition three years later with new and healthier ideas and beliefs of what was possible. I made it to the final and although I didn’t win, I came runner-up to a fabulous soprano.

Almost immediately after this event I was offered a position in the full-time chorus of Opera Australia. I packed my bags and moved to Sydney. On my very first day of work at the Opera Centre in Surrey Hills I went directly to the casting director and asked if I could be considered for small roles and understudies. You see, I knew that the chorus was going to be an outstanding training ground but it wasn’t where I wanted to stay. I wanted to sing as a soloist! I wanted to stand centre stage and sing the glorious Mozart heroines, Puccini, Bizet, Handel!!

So I persisted. Every time a renowned soloist came to sing with us I asked for a singing lesson. Or I would arrange to sing for a guest conductor. All with the desire to improve and get me closer to my dream.

As soon as the opportunity presented itself I sang for the the General Music Director. The feedback was harsh. I was confronted with opposition to my dream and it wasn’t self imposed. What could I do? I admit I cried a lot. But then I picked myself up and re-focused.

I began to persist in another direction

I had enough belief in myself and my ability to be a soloist that I began to set my eyes on foreign shores. I entered a singing competition that, if I won, would allow me a year in the Opera Studio of the Cologne Opera in Germany! I focused myself and my attention on this competition with fiery determination. The best chance I could give myself was the 100% belief that the prize was already mine. I wrote affirmations and visualised myself winning, walking through the streets of Cologne, standing in front of the opera house, and I held those images firmly on the screen of my mind. I even wrote out my acceptance speech. I was persistent in my thinking and my belief. 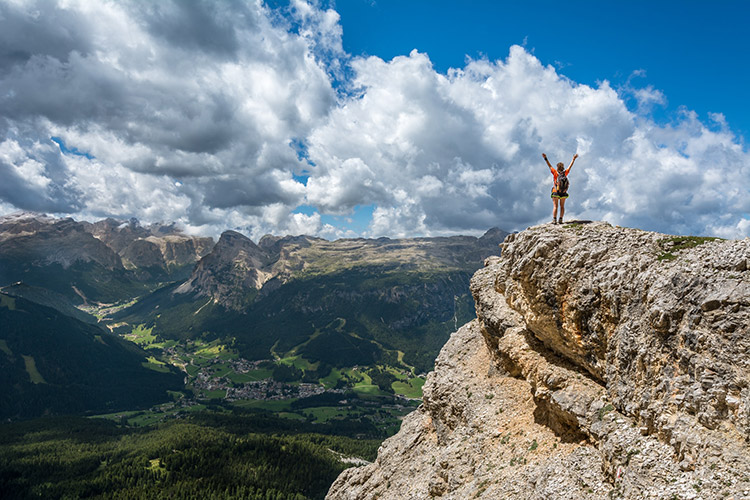 That evening when they announced my name as the winner, my predominant thought was - this works!

I have been living my dream to sing as an operatic soloist in Germany for nineteen years. I have sung over 40 major roles and I am still learning and performing new ones every year.

And now I am living another dream. My dream to be a Mindset Coach and help others identify their dreams and inspiring them to change their lives through changing their thinking.

I know from personal experience and from my formal training as a mindset coach and NLP Practitioner, that persistence is a state of mind and it can be cultivated.

I live in this material every day and I am seeing my clients make changes in their thinking, cultivate persistence and create tangible results in their lives!

Come and chat with me and find out how you can learn to uncover the resources you already have that will transform your life!